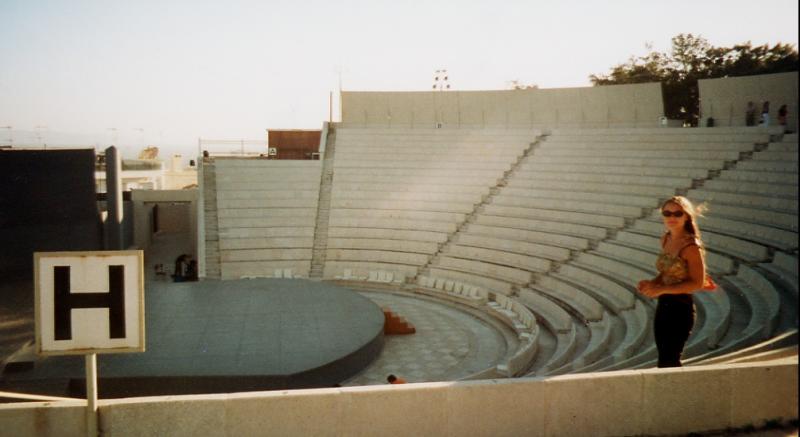 * with The Fleshtones, The Hoodoo Gurus, Jaywalkers

Reviewer: RustyB - favorite - April 4, 2006
Subject: Not what I thought it would be
I was a fan of DS back in the '80s. I never saw them live; after hearing these shows I didn't miss anything. I found it to be screechy and uninspired. Too much like hand-banger stuff. Maybe it was the lack of production...

Reviewer: cream-puff-war - favoritefavoritefavoritefavorite - July 8, 2005
Subject: One of the great bands you never heard
10 days after Dream Syndicate played this show in Greece, I walked out of the Oakland Coliseum midway through Bob Dylan and Grateful Dead.

I spent most of my concert time in the '80s catching bands who were influenced by Neil Young, Bob Dylan and Grateful Dead, rather than the Dead and all themselves.
Can you blame me?

Dream Syndicate were bringing back the guitar at a time when too many groups were sinking into the new technology.

Lots of countrified feedback screech throughout unless they played one of their sweeter numbers.
This set is from an audience tape but you can hear everything you need to.
And you need to.
20 years later, this stuff sounds as vital as it did then.
In turn, Steve Wynn's music has gone on to influence many alternative bands who've made their mark since.

This show features plenty of their best songs, including rave up versions of Medicine Show, Tell Me When Its Over, That's What You Always Say, and the epic John Coltrane On My Stereo which features Wynn singing a portion of Truckin' in the middle of the number followed by his observation, "I kinda feel like Jerry Garcia."

The set starts with a romping version of Dylan's See That My Grave Is Kept Clean, and ends with a jam session on the Stones' Last Time, with fellow maniacs Hoodoo Gurus, Fleshtones, and Jaywalkers.

I was amazed something from the real '80s was on archive.org...
There's hope for us yet!